Cheddar is one of the most heavily sold cheeses in the world. Cheddar originates from Somerset in England around the late 12th century and took its name from the Gorge or caves in the town of Cheddar that were used to store the cheese.

The constant temperature and humidity of the caves provided a perfect environment for maturing the cheese. As Cheddar matures, its taste develops from the young and creamy taste of mild Cheddar to complex, lasting, slightly nutty flavours of mature Cheddar and beyond.

Since 1974 the Taw Valley Creamery has been producing award-winning cheese. Situated in the heart of the Devon countryside, surrounded by lush green grass and rolling hills, the milk that goes into the creamery is collected from more than 700 dairy farms, many of which are located within a 30 mile radius. The cows are fed on grass for most of the year due to the mild climate in SW England which makes the milk extra rich and creamy.

Cheddar from Arla is produced in the small village of Kvibille in Sweden, aswell as in several renowned Arla dairies in the UK; Lockerbie, Llandyrnog, and Taw Vally - Devon. 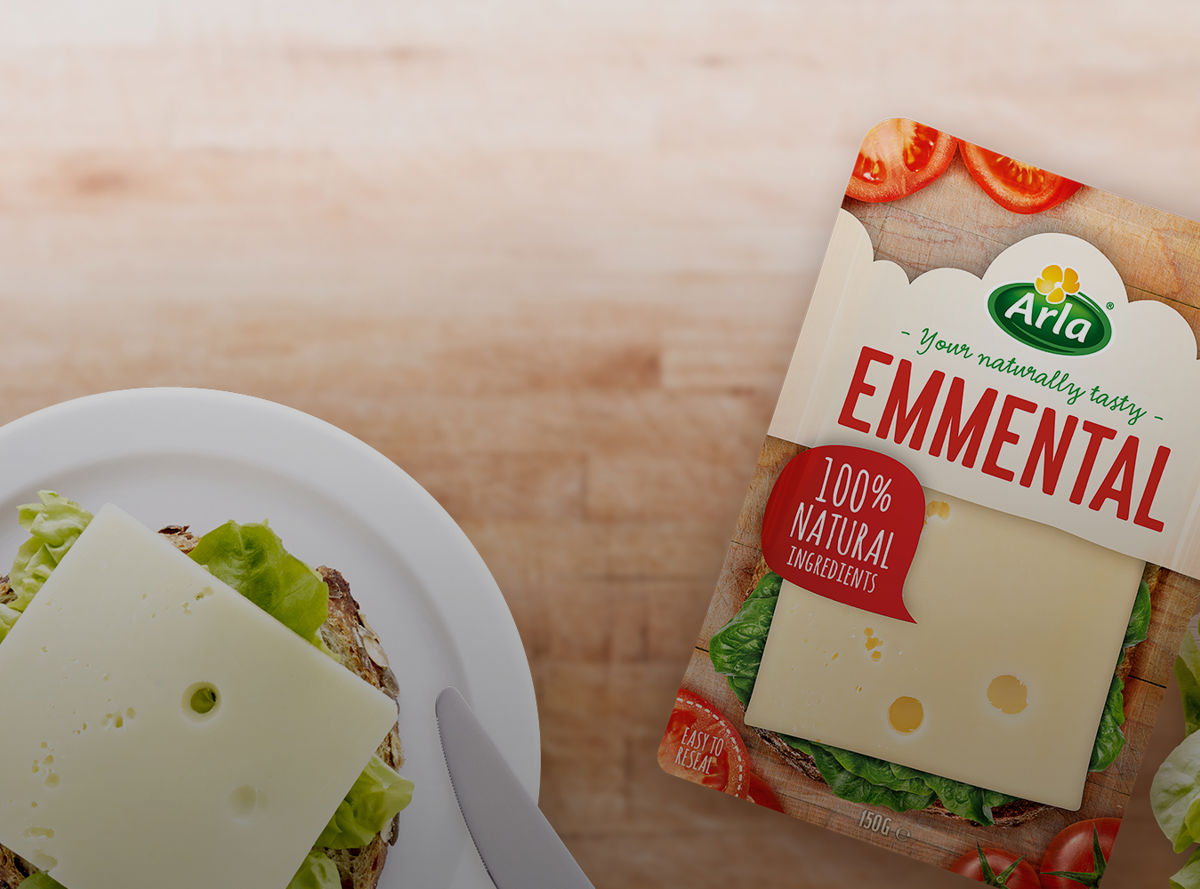